Difference between revisions of "Turrets"

Placeable turrets provide an extra security layer for any captured Outpost, making it harder for attackers to recapture it or simply prevent very small groups from ninja capping naked OP for themselves. They are also a way for Constructors to directly contribute to fighters defending the place.

Turrets can be placed anywhere inside any own Outpost where there is solid ground. Simply use them from your inventory window and if the place is accepted, the security package gonna be consumed and the turret will spawn on the runner's feet. Turrets require a significant investment into Construction skill, best models require up to 250 skill. Double-check the place, because you cannot move the existing turret that has been placed and they cost a significant amount of money.

By default, turrets will attack on sight anyone from a faction that is hostile to a faction affiliated with a clan that owns the Outpost. You can change security settings in any CityCom. Go to Info - Outpost - Select the Outpost you own - Edit Security then click one of the links with the desired security level. If any of the turrets is destroyed, it will broadcast a message in Clan channel that there is a security breach. 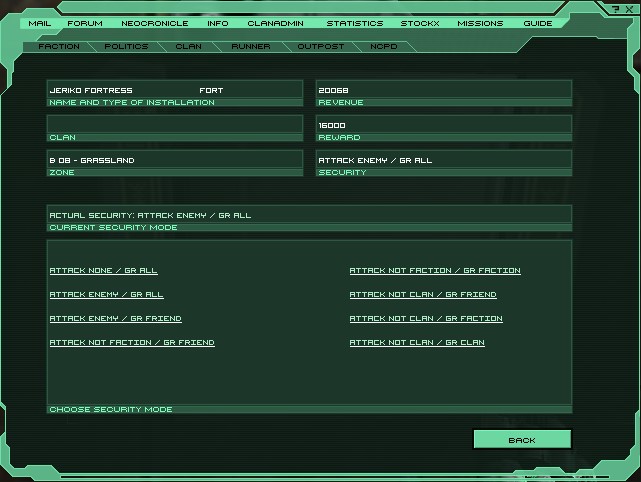 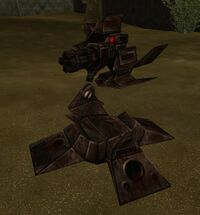 Turrets exist in a few different models depending on the need and damage type.

It's not functional in current build of the game. From its visuals, it should work like Parashock Sanctum

Turrets can sometimes do "invisible damage" with no visual indicator, broken animation, and not even in the damage log. It depends on the location of the turret and its type, Mk3 being the most prone to this probably because of their increased model size.