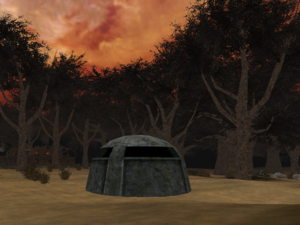 The DoY tunnels are tunnels that span a very large area of the wastelands, coming to the surface in certain areas, and staying underground in others. There are three kinds of "levels", meaning a certain tunnel section is of level 1, 2 or 3.

There are 27 DoY Tunnels.

Video of fighting in the Tunnels