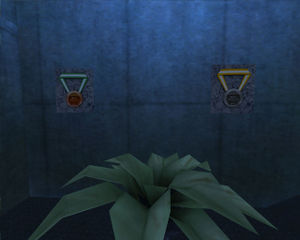 Faction Medals are very rare special rewards to runners. They are rewarded to runners of outstanding bravery, or for making an outstanding contribution to the runner's own faction in some way.

There are 3 levels of Faction medals, Bronze, Silver and Gold. Each playable Faction has unique names for each level of medal.

If you collect all 3 medals for the same faction, you are entitled to collect the Faction Reward.

The medals are rewarded in game by characters from the Ceres project, usually in a special ceremony or meeting.

It is believed that once a runner has collected all 3 faction medals for their faction, the runner is entitled to a faction reward. As very few people have the faction rewards, there is lot of speculation to what the rewards are.