You want to help but don't know where to start?
This easy step guide will walk you through how to create or amend an article and collect information from in game. 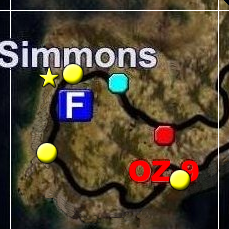 Think of a sector you wish to explore, first check to see the map has been setup and what information has already been collected on that sector.
Look here to see the world map, click on your selected sector to see the detail. For this example we will look at A 06

The first line of detail is a general summary, then which mobs are found in this sector subdivided into two sections.
Those that are found in great numbers and those less frequent but none the less still found.
Followed by NPC's found in the area and areas of interest. You should use this format when inputing your information.

Before you Launch Neocron

There is a minor change to enable the neocron client to record the damage of a mob. This does not normally effect your gameplay and is perfectly legal.

More on what this gives you later!

First check to see if this mob already exists on the WIKI look HERE
There are four pieces of information you require to create a mob page.

Lets talk through how to gather this information:

Note the EXACT mob name and the rank numbers and indicator.

Deliberately take several hits from the mob. This is to ensure you capture all the damage a mob can do.
Mobs can do several types of damage depending on range and attack.

The damage types are the last items, in this case PCR and POR
There are several types:

Take note of what items the mob drops when you kill it.

Putting it all together

Start by creating a new page making sure to adhere to the Naming convention
Add a short description of the mob then utilise the NpcBox. Add this to the page and complete as described on the template page.

Once complete, click show preview to ensure it looks ok then Save Page!

Create a New area of interest