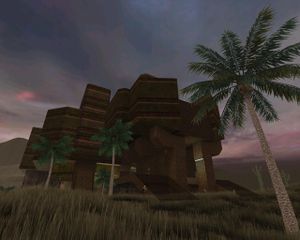 GeneReplicator in the abandoned DoY

The Dome Of York ("Dome"), was founded by Ceres and destroyed by Regant in the first Dome of York War. The Dome regained some of its power over the land between itself and Neocron in the buildup to the Second Dome of York War. Ultimately, Neocron decided to use an experimental neutron bomb on the Dome, killing most of the humans living within it, and ending the Second War. While the bomb killed most of those who lived within the dome, certain denizens continue to guard it. See, e.g., Dome of York Guardians.

Once the home of Anti City Factions, Dome is now used as a high-level area with numerous high-level mob dungeons. The Dome features GoGuardians in Sector 1 in the west, one in the center, and on the lower level of sector four, including GeneReplicator along with a GoGuardian in the center of the sector "Secured DoY City Center" (= old Sector 6) located north of Sector 5 or west of Sector 4. The City Center Sector is guarded by some Reprogrammed Copbots, which appear to behave peacefully. Beside the GenRep, there is also an NPC offering what appears to be a recycling mission. 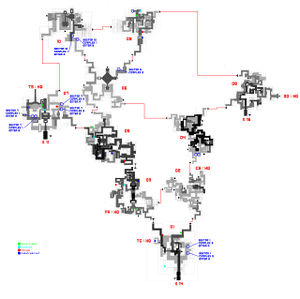 IAR/SWAT weapons can be found in the Dome.