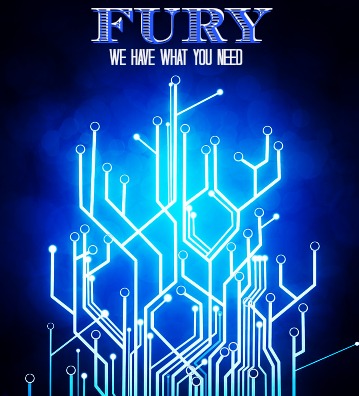 Velvet woke on Terra in 2748 after a long stint in the military. Upon forced retirement, he was shifted from being a team player to a solitary assassin. The city itself seemed a secure place and the outlying lands a plethora of hunting grounds. And in order to make money, the hunt was on. By 2749, Velvet realized that he had outgrown his apartment and decided to take a different approach. He created Fury to begin with as a non-profit storage facility. As time moved on, the screens of the citycoms constantly screamed out for people looking for scientists specialized in Research, Development and Engineering. This brought Velvet to his next business venture and the purchase of two very good clones.

Velvet Researcher and Velvet Constructor were born and specifically chipped to comply with the demands of Neocron's citizens. While in competition with one of the largest scientific R&D clans on Terra, Velvet began making a good name for Fury. In 2754, a young up and coming hot shot scientist who went by the name of Loose Wire introduced himself to Velvet and before long, Velvet took the man under his wing and into the arms of Fury and together, they made Fury a common name among the streets and outlands.

Others came and went in the clan, but the two remained constant. Until down the road, Terra started having issues. Upon careful consideration, Velvet placed himself in cryostasis until further notice, no known time of thaw. Loose stayed on and did what he could until the fall of Terra 2759. Loose Wire transferred as much of Fury as he could to Titan, along with Velvet, himself. Upon getting established, Loose was determined to get the clan back and running.

Loose restarted Fury in 2761, doing so alone as Velvet remained in cryostasis. His own clone, Live Wire, helping him with the endeavor. Soon, someone approached them to join in Clan. Surreal, the prodigal son of Velvet, had traveled to Titan and joined ranks with Loose and Live, carrying on his Father's work.

Currently updating their stores of supplies, the clan plans on reviving the household name of Fury and their motto: "We have what you need."