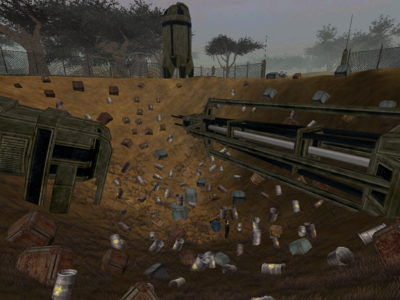 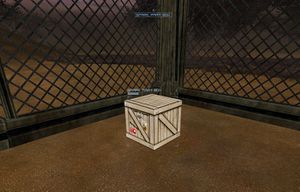 Blakkmist Garbage Dump can be found in F 09. On first glance it looks to be a place where previous generations have dumped their waste into the ground, which is now being recycled into new equipment. However Toxic waste looks to have been dumped here by an unknown faction or agency. Toxic Mushrooms look to be growing around the feet of Kevin Critter who is in charge of the dump operation. There is a special grey-blue box in the dump named Spare Part Box, which contains a datacube named Grimm's ID Cube, seemingly for the FA epic. Another grey-blue box at the bottom of the dump is a hackable supply box with a few items in it. All the other boxes lying around contain the usual assortment of free recycleable materials and chemicals.