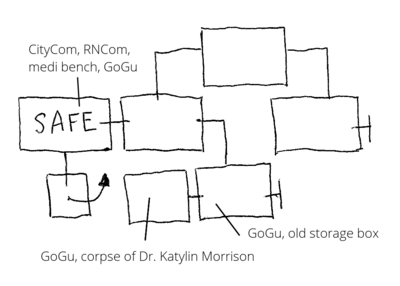 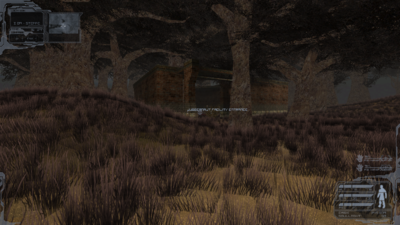 The Juggernaut Facility is a dungeon located in the south-east of Sector I 09. It is an integral part of the Juggernaut Crossbow Pistol Mission.

The entrance is located next to a camp of Anarchy Breed vandals which seem to have overrun a small NeXT outpost; if you want to avoid them, approach the camp from the south-west and you will encounter the ruined building with the entrance to the facility. A Runner capable of hacking is required to enter the main part of the dungeon.

The dungeon contains lots of Juggernauts - a type of Warbot - varying in rank, favored armaments and difficulty. Some models have a teleporter set. Droners should avoid contact with too many Juggernauts at once because of their rapid-fire direct-hit beam weapons, which generate a lot of white noise in the drone interface, making maneuvering difficult. The Juggernauts 100/100 are too high to fit through a door, but the 80/80 ones do fit. Except for the first safe room, all other rooms can contain Juggernauts. The level 100 ones seem to spawn in the most south-west room where the corpse is located.

Otherwise, the facility is a pretty comfortable place with a Recreation Unit, several GoGuardians and CityCom terminals as well as tables and chairs for meeting up with friends.

The Juggernaut Facility is a former research facility charged with the creation of stronger and more powerful versions of the old Ceres Warbot design. The project was cut short when unknown perpetrators raided the lab and eliminated all personnel inside leaving several active Juggernaut units to run rampant within the facility and electronically sealing the entrance. Some Juggernauts however seemingly made it to the surface as massive units can be found around the wastelands, all destroyed and overgrown save for one massive unit standing seemingly inactive in the I 14 zone (= Juggernaut/Warbot Statue).